Our world has been consumed by discrimination and prejudice. Discrimination can be defined as making unjust acts between people mostly based on race, gender, age, religion, and/or sexual orientation. Prejudice can be described as an automatic assumption or judgment made on a persons based on few factors such as someone’s appearance, age, and race. I believe discrimination and prejudice go hand in hand. In reality, both terms just drive us further apart from each other as human beings. I feel that people who are different automatically are outcasted based on what our society deems as “acceptable” or “normal.”

Discrimination and prejudice have a significant impact on our world and society. The impact can be detrimental. Discriminating acts on certain people or groups can make it harder for someone to wake up with confidence and motivation. People can feel inferior and not having the strength to give life their best due to the assumptions made by others. I can relate to these feelings as it has a personal impact on my life.  Sometimes I feel as though fear consumes me due to the way that I’ve been prejudged in the past. These negative feelings stop me from being me at times.

Racial equality is something very crucial and important in my personal life. Growing up and having many friends from different cultures and living in a city of many cultures, I’ve seen a lot of things that have shaped my perspective. Personally, I have a Muslim friend and I’ve seen firsthand people call her names, make racist slurs and that hurts me. To see someone that  I care about greatly being treated differently and disrespected because of their culture is heartbreaking. It’s something I’ve struggled with seeing my whole life. 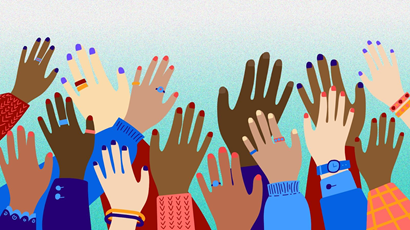 Growing up in a Spanish household I’ve always seen how difficult things can get. Many people try to take advantage of the fact that my dad isn’t very fluent in English and treat us unfairly simply because we are Hispanic.  Racial equality is important to me.  Racial equality means people should have the same given human rights and opportunities no matter their race. I can define it as equally given chances to people morally, politically, etc. without their appearance (such as color) affecting the opportunities to climb the ladder of success.